This fifth report, published in October 2019, analyzes data for 117,800 unsubsidized rental units in properties with four or more units in Hennepin County from the CoStar database, including 65,770 units in suburban cities.

Cost burden affecting a growing number of renters around the county; households of color are disproportionately impacted

With stagnating or declining wages and growing rents, communities of color are disproportionately impacted. Like the
rest of the Twin Cities and the state, households of color are far more likely to be renters; while only 30% of white households
in Hennepin County are renters, 78% of Black and 66% of Latino households in the county are renters. In addition, wages for Black, Native, and Hispanic households have fallen since 2000, declining by 26%, 15%, and 5% respectively. Meanwhile, wages for Asian and White households have risen in the county, by 20% and 3%. 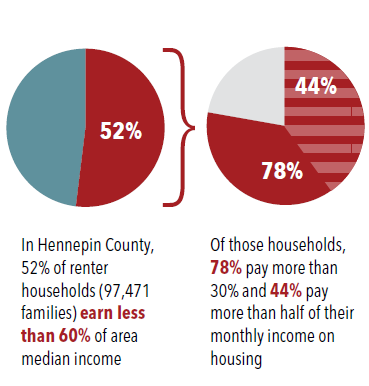 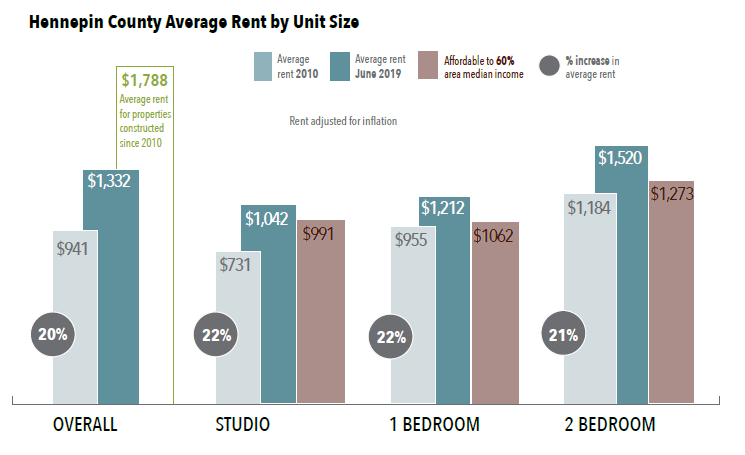 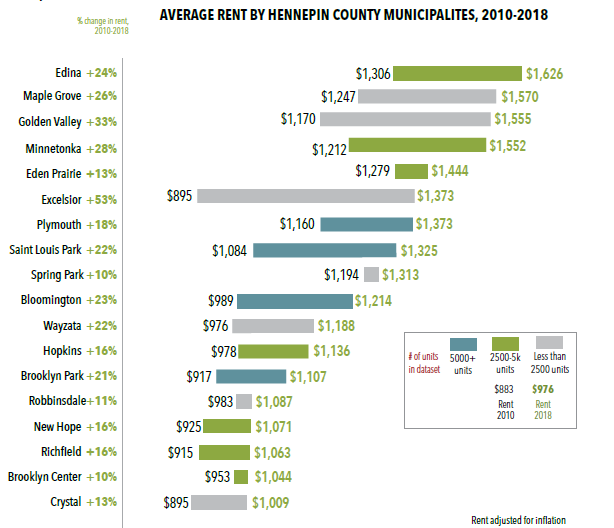 Vacancy rates are highest in cities that contain properties with higher average rent, including Excelsior (14.4%), Golden Valley (10.5%) and Edina (6.0%), all of which have seen increases in vacancy from 2017 to 2018. In contrast, the vacancy rate in Hopkins, Mound, Crystal, and Brooklyn Center is extremely low, remaining under 2.8%; these cities have seen a tightening of the market with a 58%-70% drop in their vacancy rates since just 2010. Currently, 75% of the 24 cities in Hennepin County have a vacancy rate below 5%, with 42% seeing vacancy rates plummet by 40% or more from 2010 to 2018. 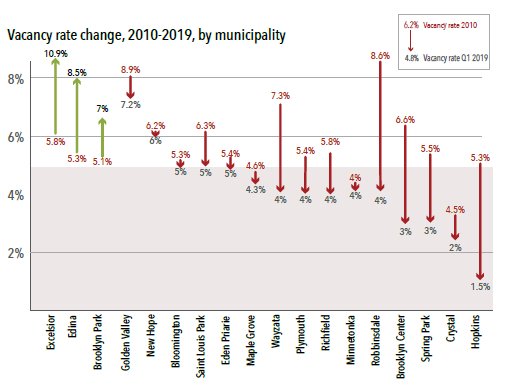 Thousands of households earning under 60% of the area median income (AMI) — for instance, a family of four earning under $56,580 annually — are able to call Hennepin County home by renting in unsubsidized apartments in the private market. Unsubsidized units that are affordable to these residents are often referred to as naturally occurring affordable housing (NOAH). By sheer number, Minneapolis, Bloomington, and Brooklyn Park contain the most units affordable to families earning less than 60% AMI in the county. 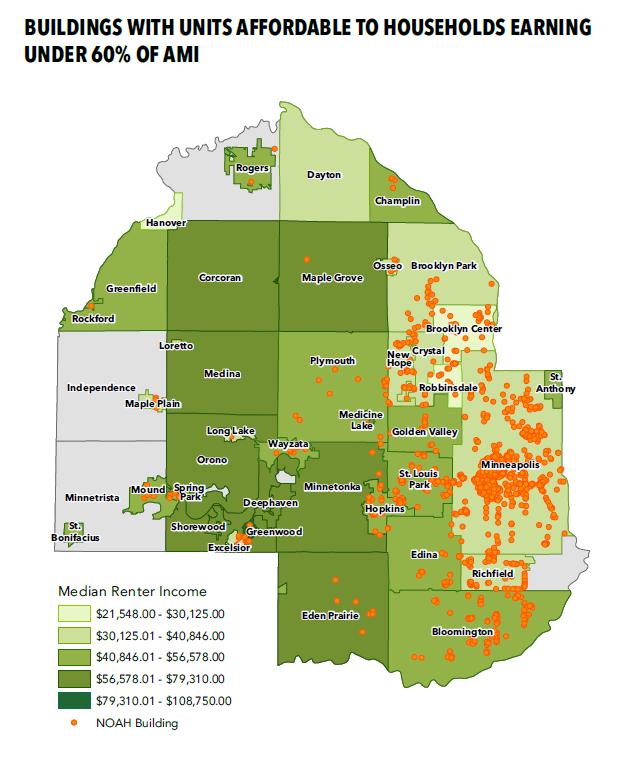 Property sales continue to spike in the county, nearly doubling since 2016

Property sales have continued to accelerate in Hennepin County since 2010, with over 1,000 buildings and 45,450 apartments collectively sold from 2010 to 2018. Sold properties reached an all time high in 2018, nearly doubling the number of properties in 2016. In 2018, approximately 8% of all market rate buildings in Hennepin County experienced a sale.

New units of affordability are not filling the gap 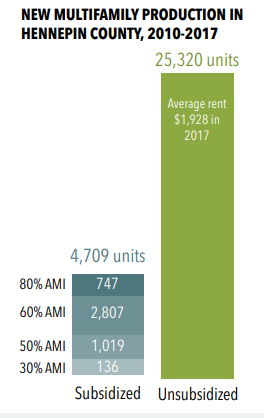 The findings include sobering trends in Hennepin County’s rental market. Vacancy rates are at their lowest in 10 years, wages are flat, and new construction is largely limited to high-end multifamily properties. These factors, combined with an increase in total renters in Hennepin County, have resulted in dramatic increases in average rent across the county. This means that renters experience more financial pressure than ever before with little to no options for new rental opportunities when they need to find a new home.