Out of Reach Minnesota 2018

A productive workforce requires safe, stable housing. Yet, too many Minnesotans laboring in the most in-demand jobs must pay too much for housing, forcing them to forgo groceries, medicine and other critical daily needs to make ends meet.

While workforce housing often focuses on modest-income households, Out of Reach Minnesota 2018 reveals that the crisis in housing hits hardest for the workforce that is still the backbone of our communities; jobs like retail sales, food preparation and housekeeping. It also foreshadows challenges ahead, as jobs with the most projected growth, like home health aides, don't make enough to pay the rent, either.

Building on the annual report produced by the National Low Income Housing Coalition, this report tracks the growing gap between wages and rent, not just in urban areas, like the Twin Cities, but across Greater Minnesota. 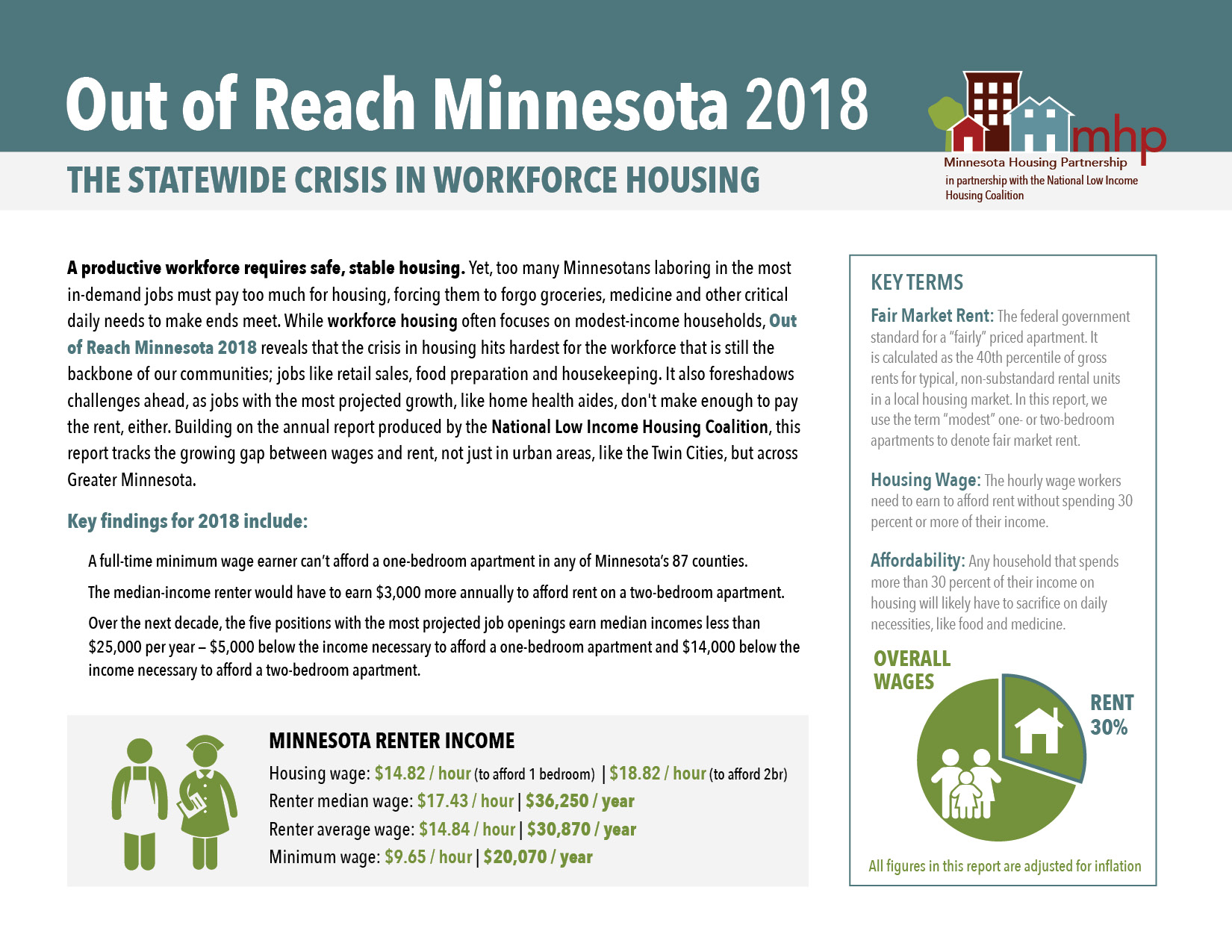 For more information and data notes for Out of Reach, contact This email address is being protected from spambots. You need JavaScript enabled to view it. or see "How to Use the Numbers/Where the Numbers Come From" at the National Low Income Housing Coalition (NLIHC) 2018 Out of Reach.