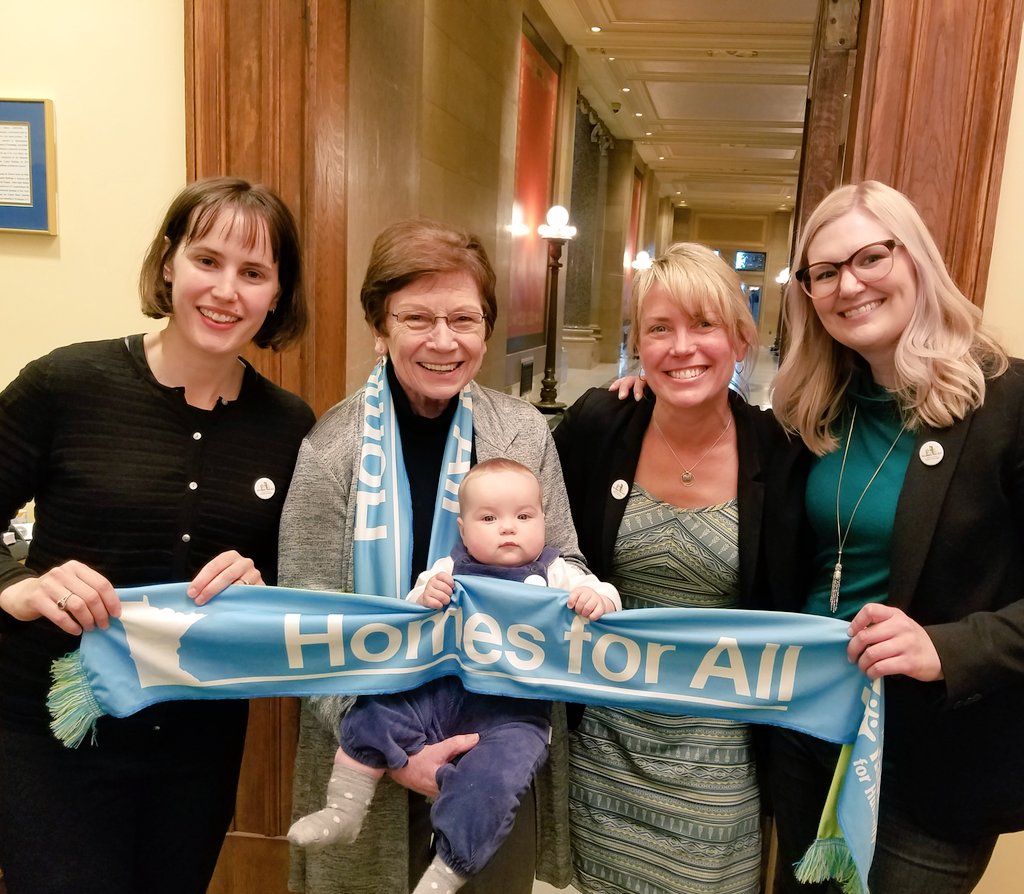 With a divided legislature, Minnesotans anticipated a messy end to the 2019 session. Early on, pundits predicted gridlock. While we avoided a government shutdown, the end was messy, indeed. In a move that has almost become normal, Minnesota’s legislators finalized the State’s budget in a not-so-special, special session.

Partisan posturing caused much of the conflict between the Republican-controlled Senate and the DFL-controlled House. The need to invest in affordable housing, however, was practically undisputed. In the end, advocates worked with legislators and the Walz administration to secure $78 million in new investments for emergency shelter, rental assistance, and preservation and new production.

The first bill to pass in special session was the bill to appropriate Minnesota Housing Finance Agency’s (MHFA) budget, which passed off the House and Senate (66-0) floors with overwhelming majorities. That bill increases MHFA’s budget by 12 percent this year and 9 percent in the following budget cycles – a huge increase compared to the 2017 budget cycle, which saw an increase of 0.04 percent. In the very last minutes of session, a standalone bill to allocate $60 million in Housing Infrastructure Bonds (HIB) passed 51-15 in the Senate and 103-23 in the House.

Below is a summary of some items that passed and some that did not:

These investments are significant – and historic. They demonstrate a growing recognition that housing is a key issue impacting Minnesota’s present and future in a range of areas – from education and health outcomes, to economic growth and caring for our rapidly aging population. That recognition has been hard-won. The Homes for All coalition and other advocates have worked together with housing champions at the legislature for years to raise awareness that housing investments impact everything. From rallies, action alerts and social media blitzes, to securing a Governor’s Task Force on Housing, advocates have worked hard to draw attention to the issue. More recently, through efforts like Prosperity’s Front Door, leaders from the business community have bolstered that effort.

Nevertheless, this was supposed to be the “year of housing.” On the tails of the Housing Task Force, Governor Walz proposed a 25 percent increase to MHFA’s budget this year and 15 percent in the following budget cycles, plus $150 million in bonds. Housing advocates have much to celebrate, and the outcomes of the 2019 session give us hope that our messages are gaining traction. And it is clear housing has a champion in Governor Walz and other leaders at the Capitol. However, in the face of Minnesota’s deep need for affordable housing, we’re also aware that there’s work left to be done. After a brief rest, we’ll get back to work, and with your help, we’ll continue to call for the housing investments Minnesota needs for strong communities and a strong state.