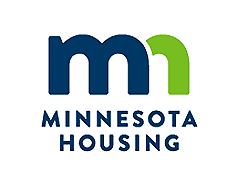 At its March meeting, the Minnesota Housing Finance Agency board discussed updates on state and federal legislation, additional funding for the Homework Starts with Home program, $2 million in awards through the Workforce Housing Development Fund, and changes to the Annual Action Plan based on expected increases in federal funds.

In her opening remarks, Commissioner Mary Tingerthal provided an update on various priorities of Minnesota Housing at the state legislature. Tingerthal praised the release of Governor Dayton’s supplemental budget and tax bill, which includes supplemental funding for the Homework Starts With Home program. The proposal includes $4 million for the next year, and also proposes that HWSH be included in the base budget moving forward. Tingerthal added that the program had its first hearing in the House, where it received very strong support from the advocates of the program, including Northside Achievement Zone, St Paul Promise Neighborhood and Clay County.

Conversely, Tingerthal cited concern about a bill in the House Ways and Means Committee related to revisions to the allocation of tax exempt bonds. She explained that the bill includes the five points of agreement of the working group convened over the summer and fall but adds a provision that would essentially eliminate the City Participation Program for single family housing, which, earlier this year, awarded $60 million to assist 38 cities, counties and multi-county areas to meet local housing needs. Tingerthal also expressed concern that the bill would remove the board’s authority under the QAP with regard to 4% tax credits, and allow developers to bypass the QAP for deals that receive bonds through MMB allocation funds. Tingerthal noted that the agency is supporting the “Consensus Bill” that includes only the five agreements from the tax exempt bond committee.

On the federal front, Tingerthal provided an update on the omnibus spending bill that [has since passed and been signed by the President] includes a temporary increase in 9% LIHTCs for the next four years, which will make up for some of the purchasing power lost due to tax reform and tax credit prices going down. It also includes an income averaging provision that allows rents to be set up to 80% AMI as long as the average rents are affordable at 60% AMI, which provides more flexibility for mixed income projects using LIHTC.

Tingerthal also shared that the Department of Housing and Urban Development has withdrawn its proposal to require regional proposals for project-based Section 8 contracts until further notice.

As discussed in previous board meetings, Minnesota Housing received appropriations of $2 million in 2017 to support the Homework Starts with Home (HSWH) program, an initiative focused on addressing homelessness among students and their families. In partnership with the Office to Prevent and End Homelessness, the Minnesota Department of Education, the Minnesota Department of Human Services, and the Heading Home Minnesota Funders Collaborative, the agency will initiate the grantee selection process for the HSWH pilot program in May 2018.

Since approving the program concept, including the original available funding amounts, in December 2017, Minnesota Housing identified an additional $1.75 million from the Housing Trust Fund (HTF) and $150,000 from the Family Homeless Prevention and Assistance Program (FHPAP) that it will make available under the HSWH RFP. These resources represent returned funds to Minnesota Housing from previously committed grants under these programs. With these increases, the HSWH RFP will now make available up to $3.5 million in HTF funds and up to $400,000 in FHPAP funds.

The first RFP was released in October 2017 and Katie Moore, workforce housing program manager, reported that the agency received seven applications and recommended funding five of those applications, resulting in the creation of 191 new units of workforce housing in Albert Lea, Baudette, Duluth, Luverne and Pelican Rapids.

She noted that all of the applications recommended for funding had demonstrated vacancy rates as low as 2%, new job creation or pressure from current employers for additional local housing options. She added that the agency would award the other half of the $4 million biennial budget through an RFP in the fall of 2018. She also shared that the program has the additional benefit of providing an opportunity for Minnesota Housing to engage with communities with which it has not previously had previous contact.

Jessica Deegan, Director of Federal Affairs, shared an update to the 2018 Annual Action Plan based on changes to anticipated funding levels from the federal government.

Based on the latest information, Minnesota Housing expects to receive $5.8 million in allocation from the HOME program and anticipates an additional $1 million in program income from that program to be utilized in 2018. The agency also expects $3.1 million in National Housing Trust Fund (NHTF). The HOME program serves low and moderate income renters while the National Housing Trust Fund serves extremely low income renters (with incomes less than 30 percent of area median income). The agency anticipates constructing or rehabilitating 200 units of affordable rental housing with these funds.

The agency also expects to receive $172,000 for the Housing Opportunities for Persons With AIDS (HOPWA) programs, which will be administered in partnership with the Minnesota AIDS Project to provide short term rent, mortgage, and utility assistance in Greater Minnesota to 180 persons.

Until a final 2018 budget is passed in Congress, the agency won’t know final funding amounts. These figures are based on current status in House and Senate appropriations bills.

The full board packet can be found here and the next meeting of the board will be April 26.