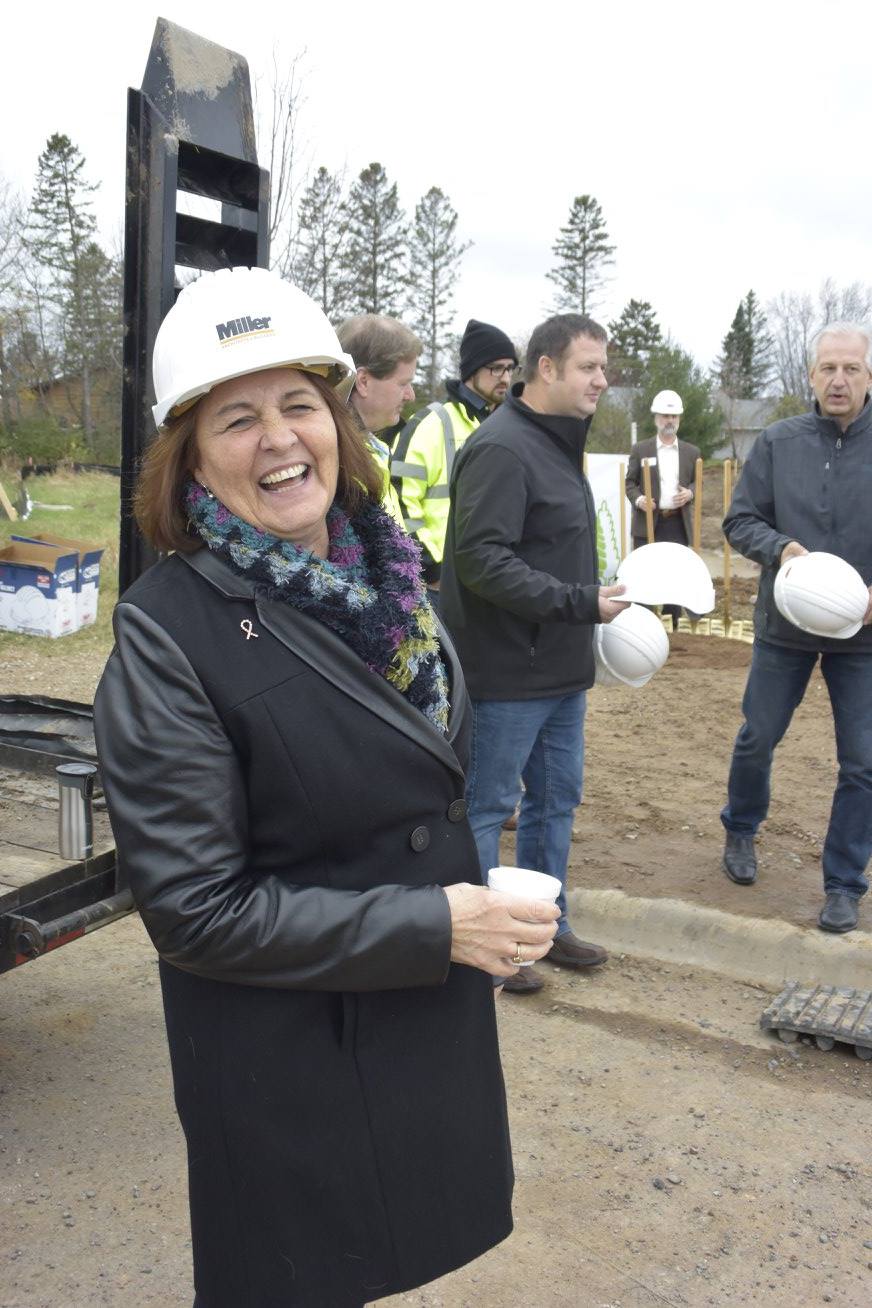 Despite a biting cold wind and October snowflakes, Mysa House project partners were all smiles in their hard hats and winter coats as they drove golden shovels into the ground to mark a tangible step forward in meeting Mora, Minnesota’s urgent need for affordable senior homes.

Over 50 people gathered to celebrate the 24-unit complex for which construction is now underway. Mysa House will be the latest addition to a senior living campus established in 2009 that includes a memory care complex, independent senior apartments, and space for gatherings and community events.

“Mysa House is a new chapter in a thriving senior community,” says Rose Dunn, Executive Director of the Mora HRA.

To chip away at that need, Dunn and her team at the Mora HRA partnered with local developer D.W. Jones and submitted an application for funding to Minnesota Housing last year. Mysa House was one of two projects in Minnesota to receive funding through Minnesota Housing’s Senior Pilot Program — and the first in the state to begin construction.

But Dunn says the project has faced a few major roadblocks. One of them was for the election of President Trump.

“We were holding our breath and thinking, ‘Oh fantastic, we’ve got these funds committed, and everybody’s in and can do this,” but then with the election and the unknown proposed changes to tax laws, the sale of tax credits is really difficult,” Dunn explains. “Honestly, I think the Mora HRA got really lucky. I know we have a really skilled developer that has great connections and was able to get them sold. We could not sell them for what we had anticipated, but I understand there’s a lot of projects that did not sell their tax credits, so that was huge.”

Tax reform continues to threaten projects like Mysa House across the country. If passed in its current form, tax reform would make similar projects virtually impossible by eliminating private activity bonds, a key tool for the development of affordable housing.

“Mysa House was funded with 4% tax credits and private activity bonds and would not have happened without these tools,” says Skip Duchesneau, President of D.W. Jones, the developer for Mysa House. “Without private activity bonds the current bill will hinder our economic development, and stop needed infrastructure investments of cities and towns in Minnesota as well as further plunge the United States into an affordable housing crisis.” 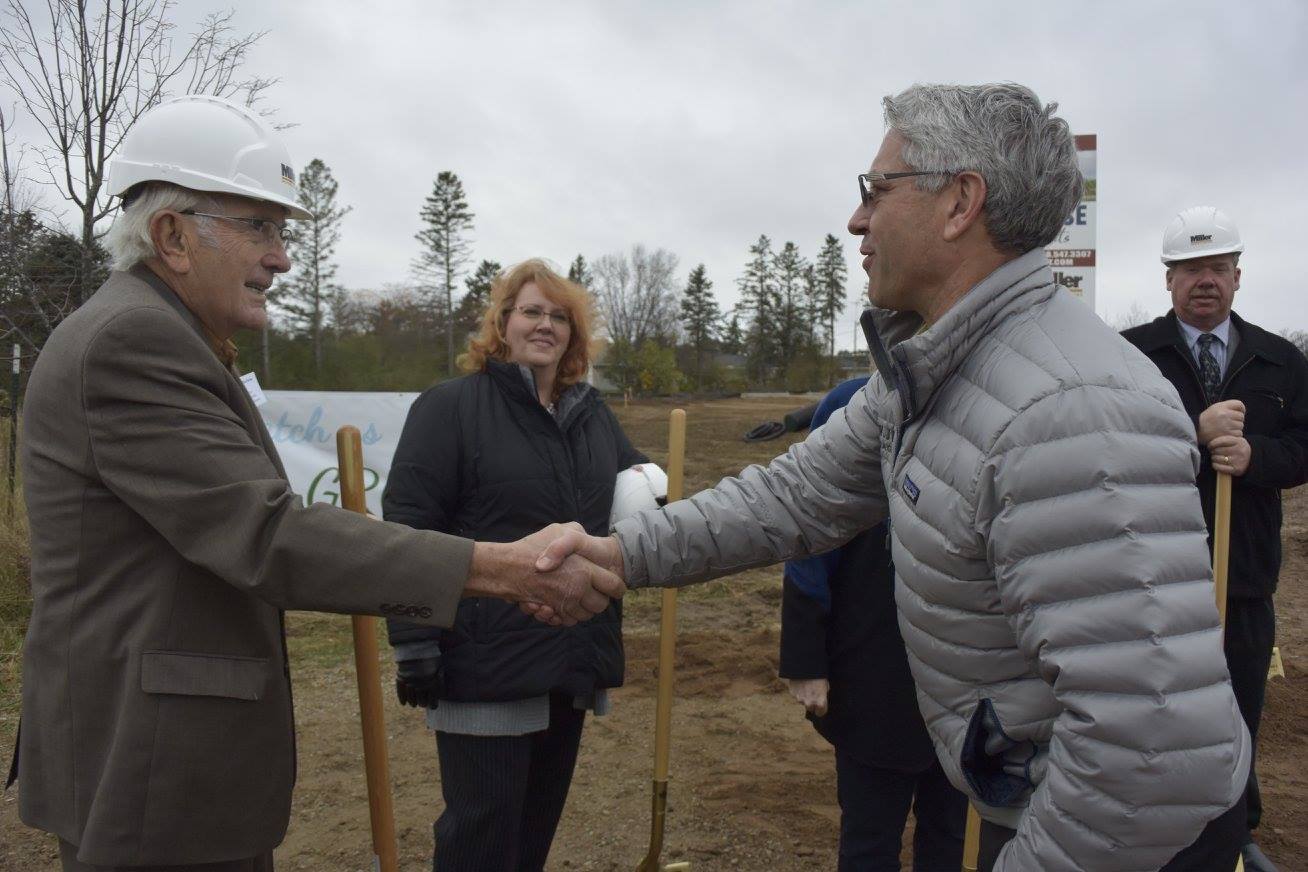 Already, Mysa House has a waiting list of 45 seniors. Dunn says it’s critical that communities come together to understand and address the need for affordable housing.

“We feel it every day — the great need,” Dunn explains. “And sometimes the challenge is from those who don’t understand the need, or see the need, or think that it’s important or that it can be done. We just feel so strongly about serving the people that we do that we’re all the more committed and determined to find ways to make this happen and make it work.”

Cherre’ Palenius, Community Development Manager at Minnesota Housing Partnership met Dunn in 2013, and since then, has provided guidance and insight as Dunn and her team work to develop more affordable senior housing in Mora. She’s seen firsthand their deep commitment.

“I know Rose and her team aren’t done yet,” Palenius says.

Mysa House is scheduled to open in summer 2018. From there, Dunn says the HRA will work to add a complex similar to Mysa House, senior townhomes, and perhaps a senior cooperative. They’re also considering expanding the existing senior living facility, the memory care facilities, and the senior center. 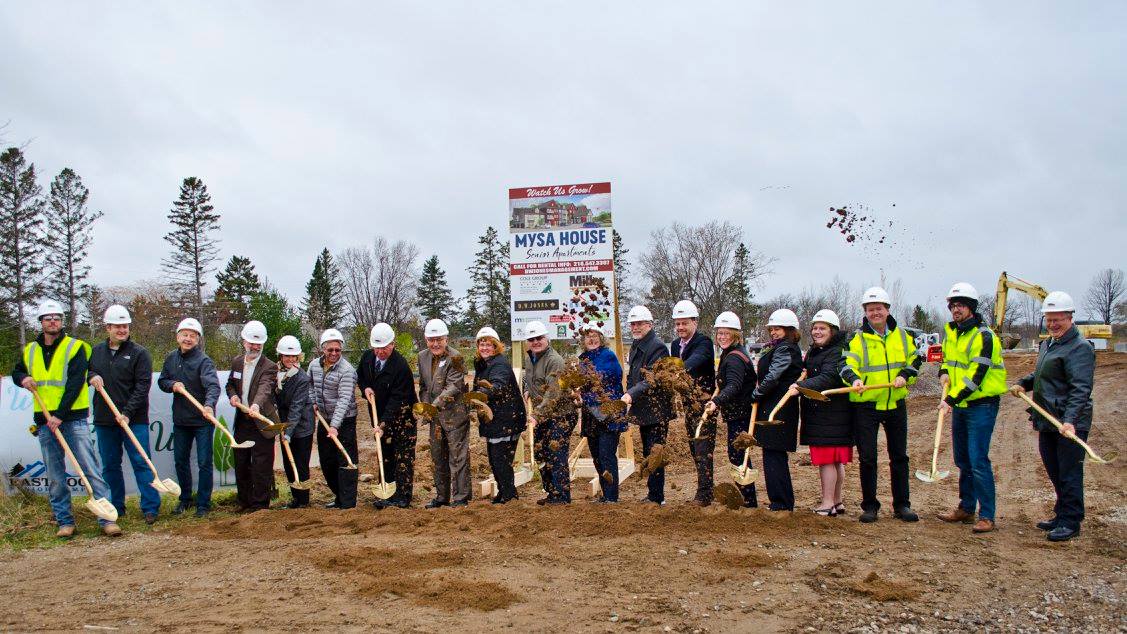