10 Graphics that Reveal the State of the State's Housing

Minnesota is recognized as a national leader for its commitment to helping families with affordable ownership and rental homes. But while significant progress has been made in areas like homelessness, housing is still becoming too costly for growing numbers of Minnesotans — especially low- to moderate-income families and households of color.

Building on our County Profiles, released each year since 2009, MHP created the State of the State’s Housing to continue to benchmark progress at the state, region and county levels in critical areas, including cost-burdened households paying more than 30% of their income for housing; changes in rent and home values; construction of multi- and single-family homes; and trends in homelessness.

Here are 10 graphics that share the big picture on the state of housing in Minnesota.

Where we live impacts every aspect of our lives. Where we call home affects the groceries we buy, where we send our kids to school and how we thrive in our community. At every stage of life, where we live is the foundation for our health, education, safety, and economic wellbeing. That’s why housing must be a priority at all levels of government and to all Minnesotans. To make our communities strong, we must ensure that all Minnesota families are able to find, afford and maintain safe, healthy housing.

A household is considered cost burdened when it spends more than 30 percent of its annual income on housing. At 27 percent of all households, the rate of housing cost burden in Minnesota is lower than the national average of 33 percent. Still, 1 in 4 Minnesota households — or approximately 546,000 families — pay more than they can afford for housing.

There's a growing gap between rising rents and declining income

Many renters experience housing cost burden because, for more than a decade, their wages have decreased relative to housing costs. Between 2000 and 2015, the median renter wage in Minnesota decreased by 11 percent, yet the median gross rent for the state increased by 9 percent.

More than half of renters of color are cost burdened 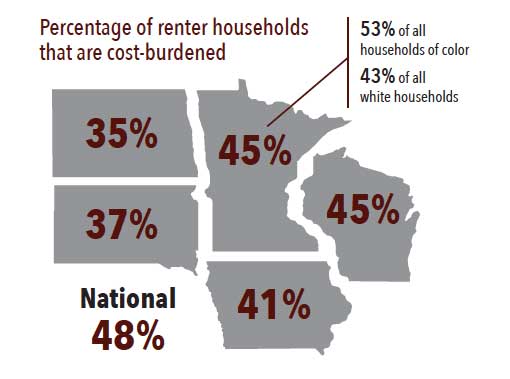 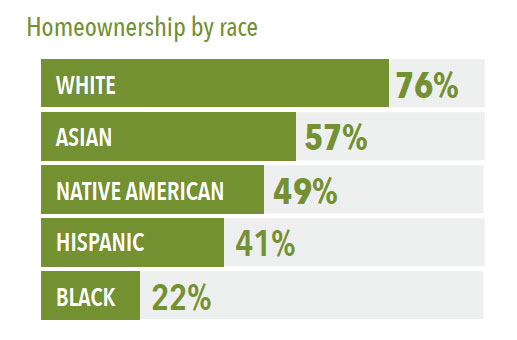 The need for senior housing is urgent and growing

Senior housing need is a growing issue in Minnesota. By 2035, nearly 1 in 4 Minnesotans will be 65 or older, representing a 93 percent increase in the current senior population. Across the state, more than half of all senior renters and one-quarter of all senior homeowners experience housing cost burden. 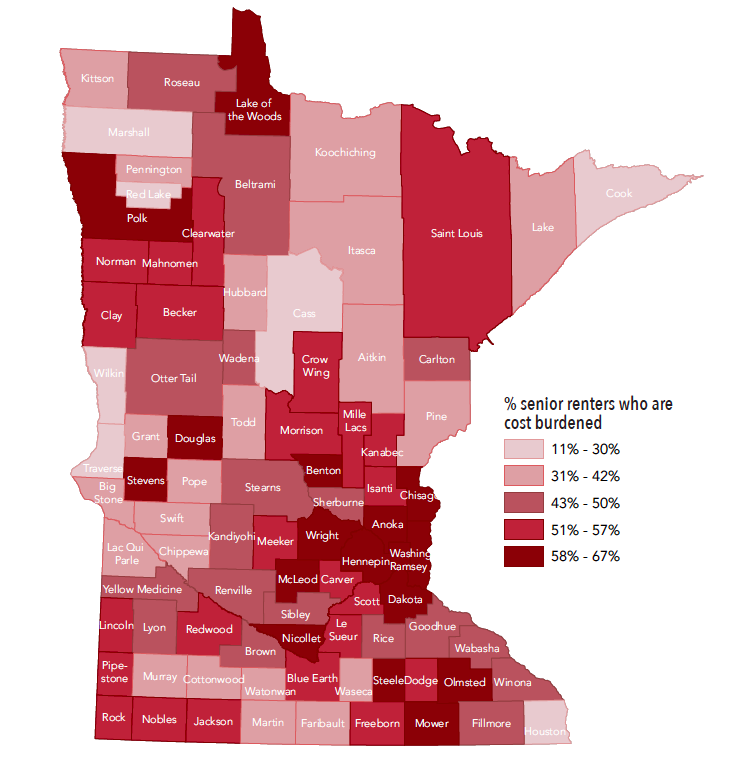 Many of the state's most in-demand industries only pay a fraction of what is needed to afford prevailing rents and median home prices. For the majority of the top six in-demand occupations — retail salesperson, food prep workers, personal care aids, cashiers — the median pay ranges from $19,000 to $23,500 annually, not enough to afford rent for a two-bedroom apartment or the mortgage on a median-priced home. 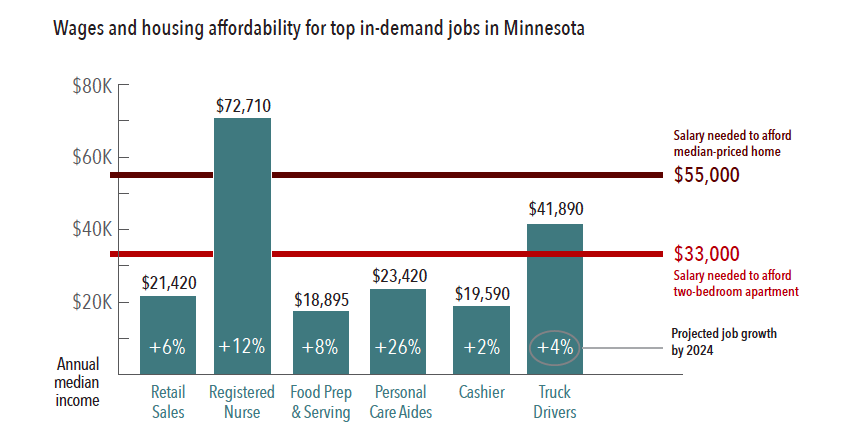 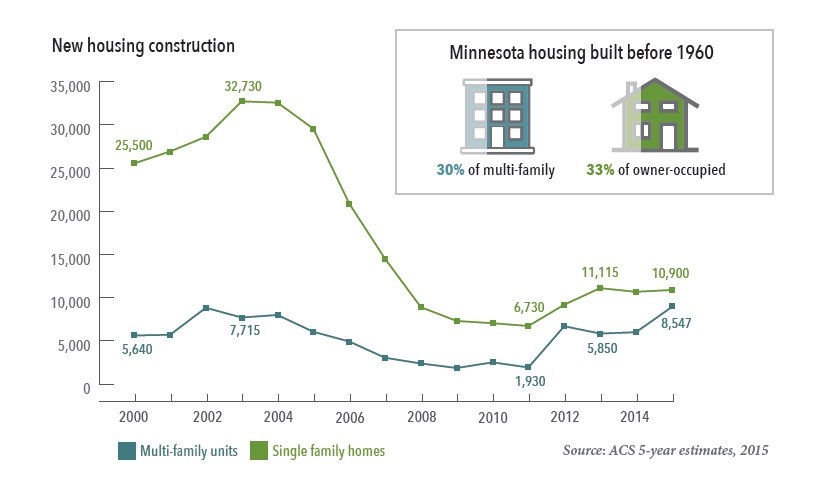 For extremely low-income families, affordable housing is difficult to find

For the nearly 170,000 Minnesota families earning less than 30 percent of median income (approximately $26,000 for a family of four) finding available affordable housing is virtually impossible, with only 36 units available for every 100 ELI households.

Homelessness is on the decline, but thousands of children lack stable housing

Across the state, homelessness has declined since 2012, but too many families, seniors and children are still suffering the devastating consequences of having no place to call home.

Read more in the State of the State's Housing overview and profile here.