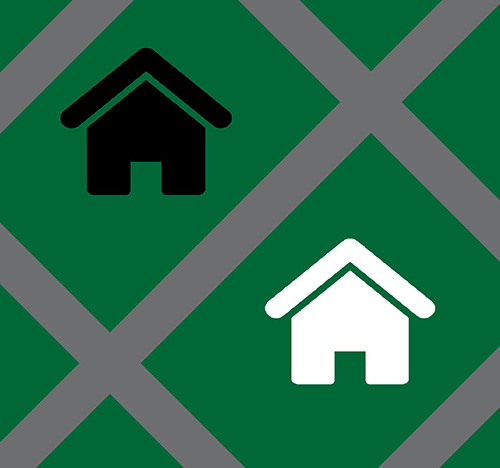 Since at least the 1940s, there have been lawsuits nationwide regarding racial segregation and affordable housing. A recent controversial report from the Institute for Metropolitan Opportunity at the University of Minnesota and a related fair-housing complaint have amplified the discussion in Minnesota.

To help readers consider the issues surrounding racial segregation and affordable housing, MHP has compiled a sampling of reports, studies, and articles from various perspectives on this issue, as well as some historical context. Look for more posts in the coming months, as MHP moves towards formulating a policy position to help guide this important public discussion.

The report in question asserts that the Twin Cities are more racially segregated than similar metropolitan areas due to affordable housing policy. The legal complaint, filed by three inner-ring suburbs, claims that the Metropolitan Council and the Minnesota Housing Finance Agency have not appropriately supported affordable housing development in predominantly white, wealthier suburbs.

A Sampling of Perspectives

Below is a collection of articles, reports, and studies representing different perspectives on addressing racial segregation and affordable housing today. This list is not comprehensive of all perspectives; rather, it is meant to provide “food for thought” as the Twin Cities and the nation continue to examine these issues.

A Slice of Housing History

We also wanted to include a brief discussion regarding how our current situation cannot be divorced from the historical and social context.

From the 1940s through the 1960s, the practice of redlining made it difficult for persons of color to obtain home loans, maintaining racial segregation throughout neighborhoods. When neighborhoods began to integrate, “block-busting” occurred; realtors would scare white homeowners into selling their homes, which they would in turn market to households of color at higher costs, creating cost burden for thousands of families and promoting racial segregation. Protests directed at homeowners of color in newly integrating neighborhoods also occurred to intimidate families of color from moving in or to encourage them to move out, with one example being Arthur and Edith Lee in South Minneapolis. 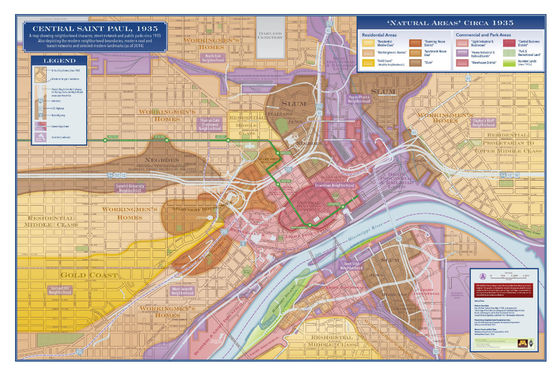 This 1935 “Natural Areas” planning map of downtown St. Paul is just one example of how segregation has historically informed the city planning process. The map is overlaid with today’s freeways and the Metro Green Line.

Meanwhile, between the 1950s and the 1980s, the practice of city administrators, planners, and council members in approving and vetoing the location of low income public housing projects led to many being located in poor neighborhoods and communities of color. By the late 1980s/early 1990s, the Low Income Housing Tax Credit (LIHTC) and Housing Opportunities of People Everywhere (HOPE VI), were created in part to repair the state of low income housing and address concentrated poverty. As the perspectives above demonstrate, there have been some degree of successes with these programs, but not without controversy over the beneficiaries, the implementation, the measurement of success, and the program structure.

(More on the history of housing and racial segregation can be read here.)

At MHP, we very much want to see more equal and equitable housing options for communities of color. Knowing how important this topic is, understanding the nuances of the varying positions is essential. As this sampling of perspectives suggests, there remains room for healthy debate and creativity in considering action and solutions.