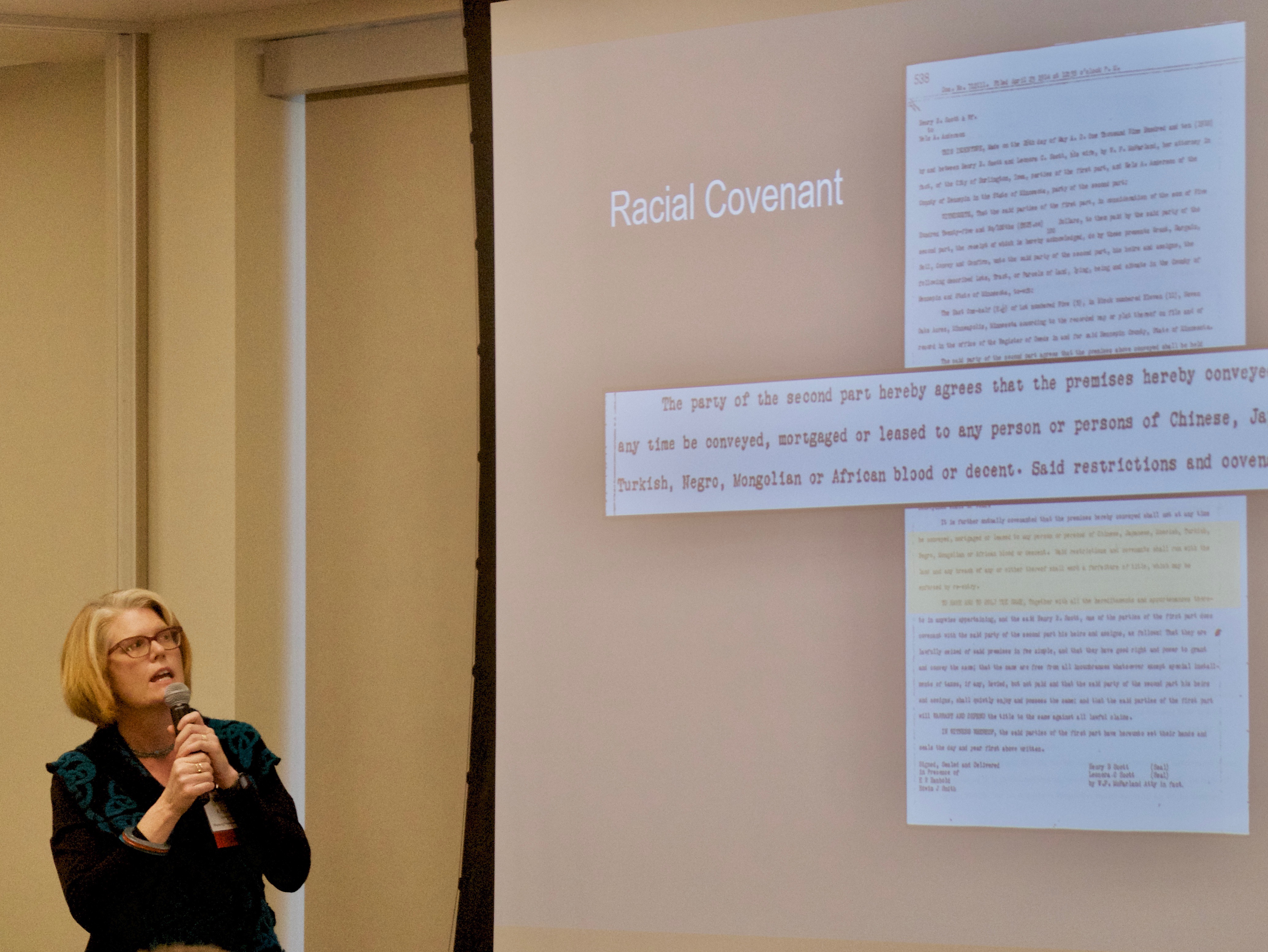 The Investors Council Breakfast attendees heard from a broad range of speakers about increasing homeownership, particularly in communities that have traditionally been shut out of this important wealth-building asset.

“A goal was laid out that said that we are going to create 300,000 new units by 2030 in order to address gaps in affordable housing,” Mavity said citing the efforts of the Minnesota Housing Task Force which met for about 7 months in 2018. That task force laid out three areas needed to address the growing lack of affordable housing: homeownership, rentals, and housing stability.

“We thought MHP would organize our three-part series around those three areas.” Hence the title for the Nov. 7 event, “300,000 by 2030: The Role of Homeownership.”

Mavity added, “What does that mean in terms of the kind of housing we need to produce? We need 300,000 new units, but in what complement?”

According to recent data from Minnesota Housing, Minnesota needs 153,000 units for home ownership and 93,000 of new rental units.

“That’s year-over-year addressing household growth, addressing job growth, and making sure we are sustaining our economy.”

Julie Gugin, the executive director of the Minnesota Homeownership Center, moderated a panel dedicated to the topic of homeownership.

Gugin spoke about her organization’s role in working to end the homeownership gap.

“In this country the median household wealth of white households is $171,000. For African-American households it's $17,000. That difference is home ownership equity.” 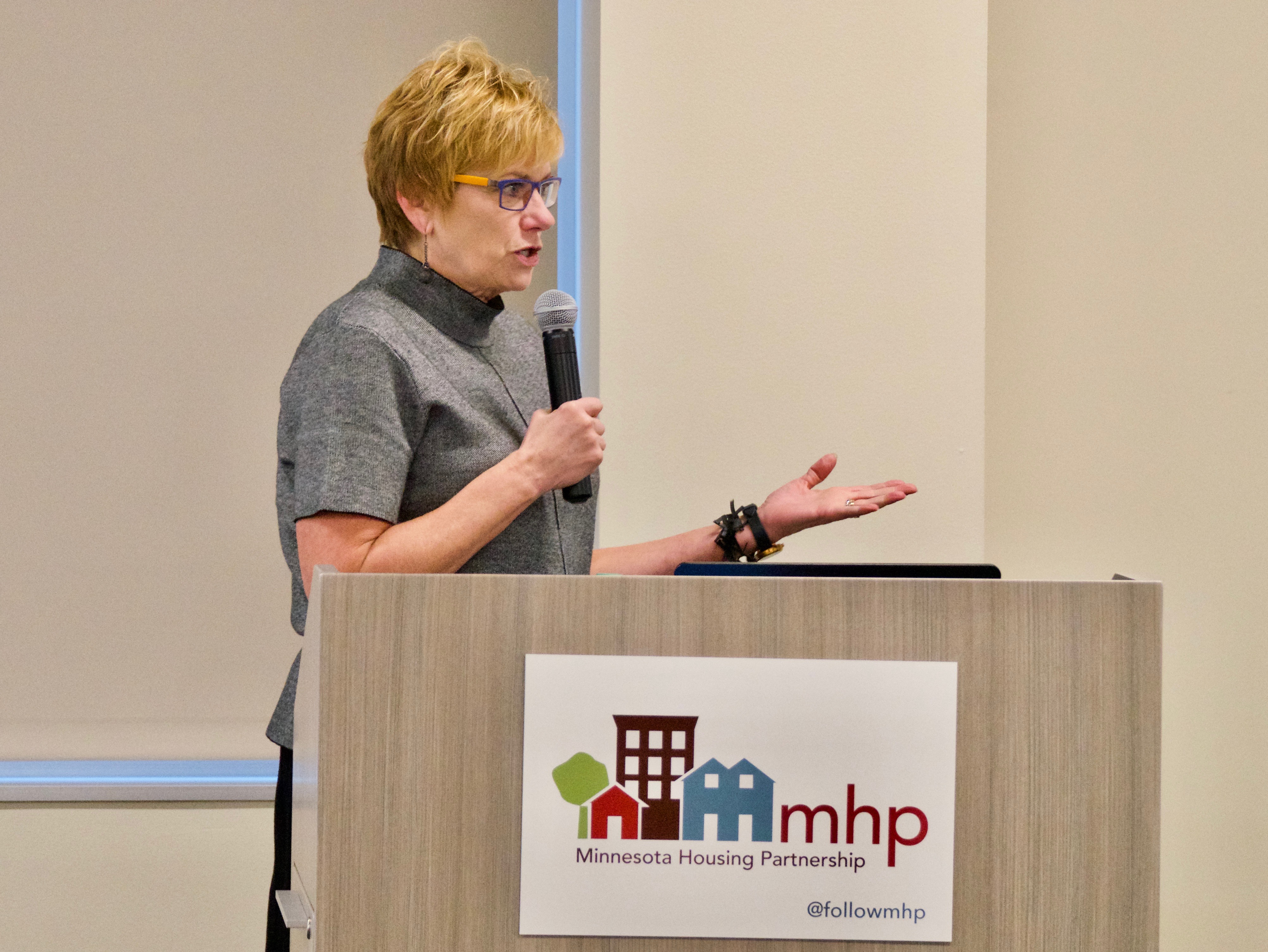 Kirsten Delegard is one of the co-founders of Mapping Prejudice and gave an overview of that group’s work exposing the long-term effects of racial covenants in the Twin Cities. In particular, how these covenants facilitated the homeownership gap in the region.

Delegard noted a startling statistic: In the Twin Cities, 75 percent of white families own their home while only 23 percent of African Americans do.

Delegard spoke about the widespread implementation of racial covenants starting in 1910. These covenants barred people of color from owning homes in many parts of the Twin Cities, especially wealthier areas. If a covenant was embedded in a deed, the only way to remove it was to appeal to the person who put it there. The punishment for violating a covenant? Complete loss of equity in the property.

“Racial covenants combined with redlining made it really hard for African American families to buy houses in the Twin Cities. Covenants pushed families into neighborhoods that were redlined,’ Delegard told the audience.

“This is why black and brown people are most vulnerable to housing precarity today.” 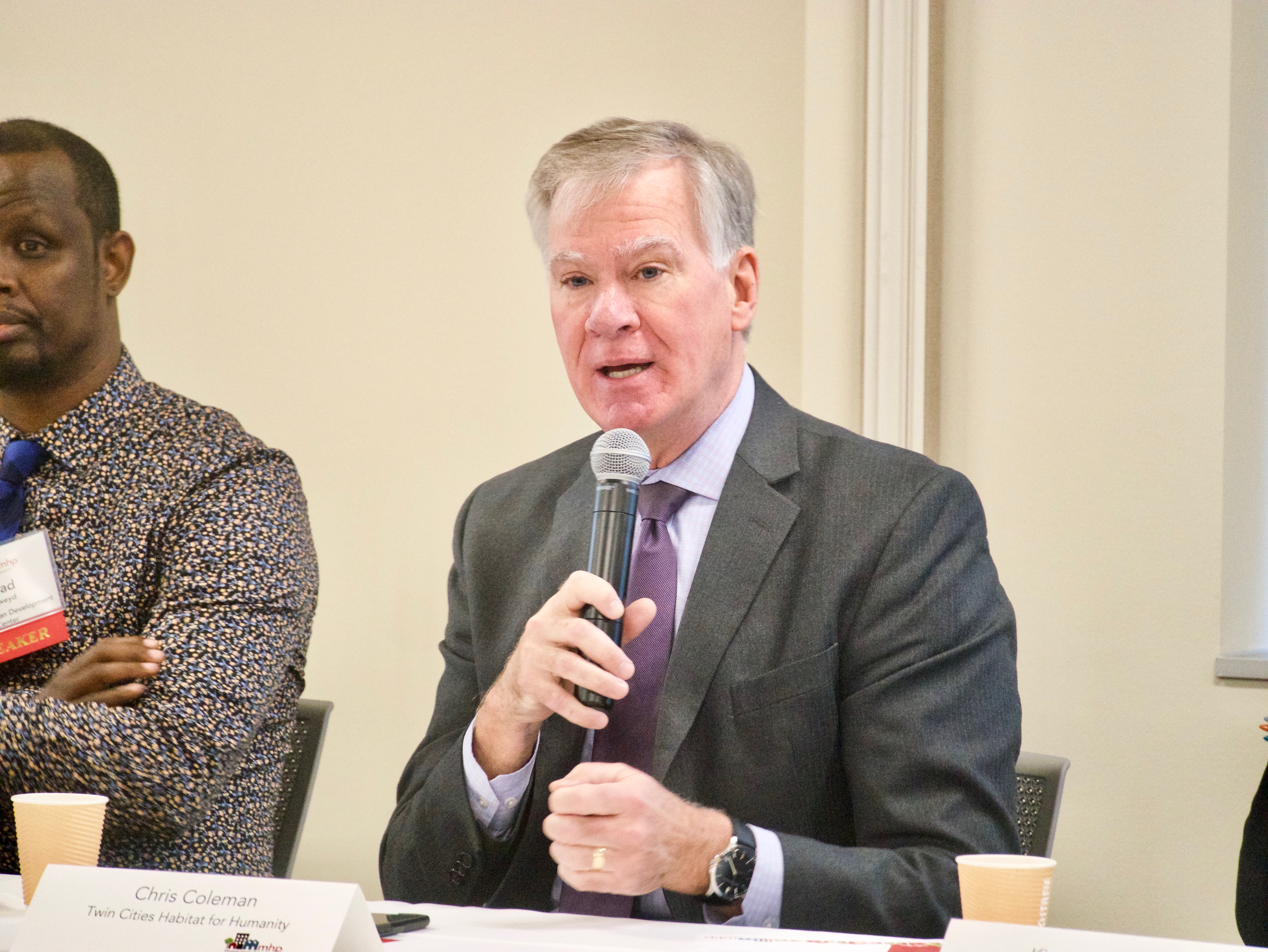 “The most compelling statistic I have ever heard on any subject is that from 1934 to 1968, 98% of every FHA mortgage in this country was written for a white family. So if you want to know why there are disparities in our educational system, in our healthcare system, in our employment system, it is that simple fact.”

Coleman said it was work like Mapping Prejudice that is an important step forward.

“When we think about all the strategies that need to be employed, if we don’t recognize this history and why we got to the situation, we will never really truly be able to understand and address it.” 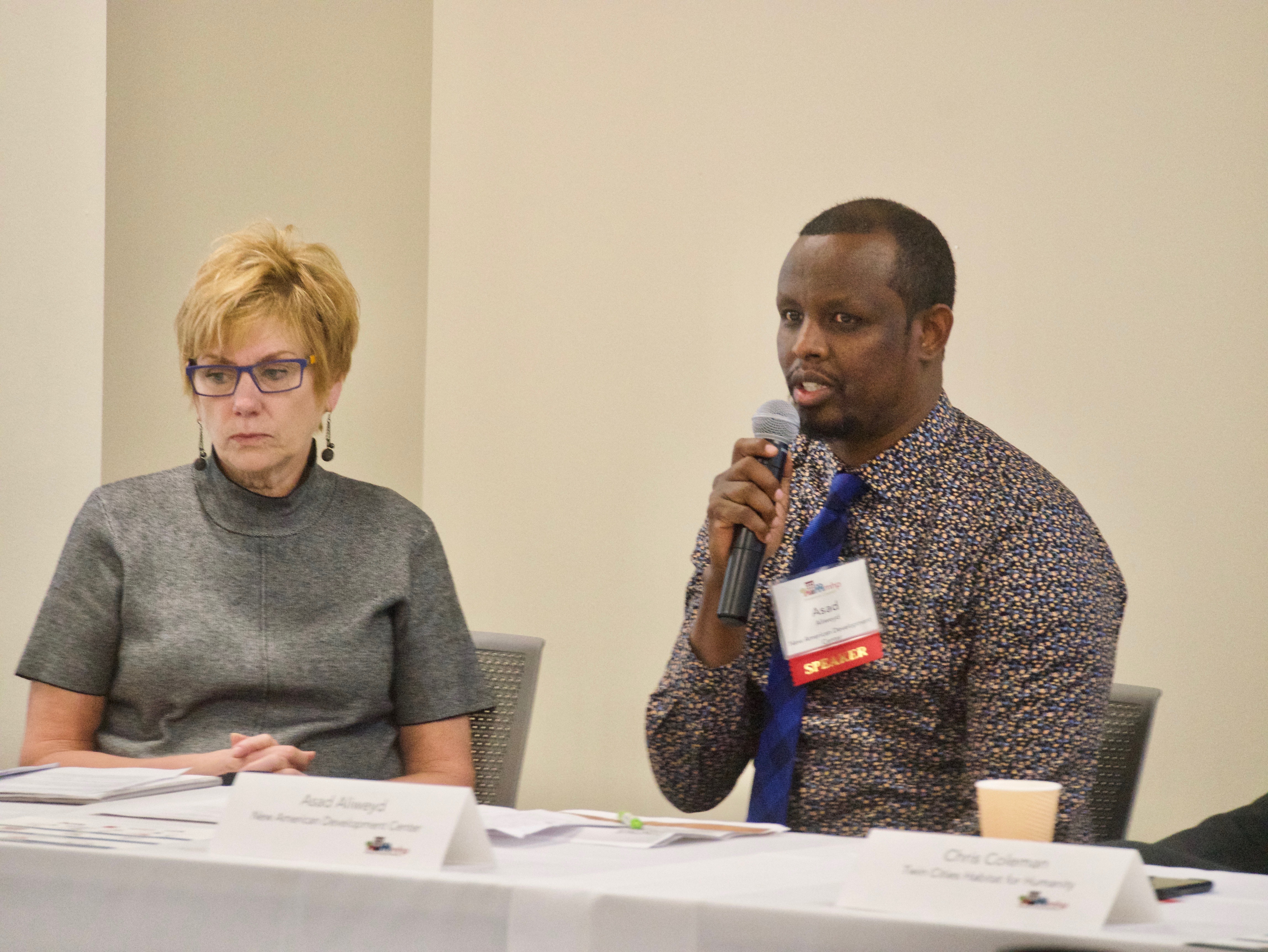 Aliweyd said that homeownership barriers for Muslims are both cultural and systematic. With interest-free financing, risk is transferred solely to the borrower.

“The way the financial system is set up is basically not including our community,” said Aliweyd.

“We have to have some kind of policy work on accommodations. We have to think in creative ways,” he told the audience. “There’s almost 250,000 muslims in the Minnesota. If we don’t lay down the foundation for building wealth now, this poverty and income inequality will grow. We all call Minnesota home, and we have to find systematic accommodation.”

He added, “Interest free financing is not just for muslims. Some Jewish and Christian beliefs also prohibit interest.” He noted that lenders need to take on some of the risk in interest-free lending.

How do we move forward?

Julie Gugin of the Minnesota Homeownership Center noted that her organization is working to build back trust in communities that have been left out of homeownership.

MHC convenes a group called the Homeownership Opportunity Alliance, a cross sector collaboration looking at addressing systemic issues that have created the homeownership situation we have today.

“This includes Community outreach in very targeted communities to create aspiration around homeownership,” she said. “You can imagine in community that have been inordinately impacted by the racially-charged activities talked about today, who have been subjected to lending scams, and whose communities have failed to recover at the same pace as white communities after the great recession. Just getting people to a trust level and an aspiration level around homeownership is incredibly important.”

Join or renew your membership in the Investors Council today to be part of these dynamic conversations.